A very important aspect of a photogram is this contact, how do I put it…a photogram is not a reproduced print, it is a contact picture. You sense that the object was originally in contact with the picture.

Many practitioners are working with past forms. Artist, Spring Hurlbut, for example, has worked in conjunction with Mike Robinson, to make daguerretypes of artifacts in a museum. Their work is featured on Lady Lazarus’s blog.  Whilst the loveliness of these kinds of projects is undoubted, they never excite me as much the ones where I feel, ‘I could experiment with that.’ In this sense, it is the shadowgrams that attract me, mainly because I’ve done them before, so long ago…

Two books in particular have, therefore, opened up new artists to me because they deal with shadowgrams: Jill Enfield’s Guide to Photographic Alternative Processes: Popular Historical and Contemporary Techniques and Martin Barnes’s Shadow Catchers: Camera-less Photography.

Enfield can also be found giving a presentation online. Her talk is fascinating: she discusses the variety of alternative methods she uses, but mostly she surveys the variety of artists making work with these other older chemical forms. ‘Why limit yourself to just digital or film?’ she asks, ‘There are 3 centuries of photography to work with.’

Enfield discussed in her talk (albeit briefly) the work of Martha Madigan who makes beautiful large scale shadowgrams. The images are sensuous: you sense the presence of a real rather than a painterly body in the images, through what Neusüss terms ‘contact’. But some of the images are mottled with leaves and the textures of grasses and flowers; others with intersections between positive and negative images. They are beautiful glowing things. 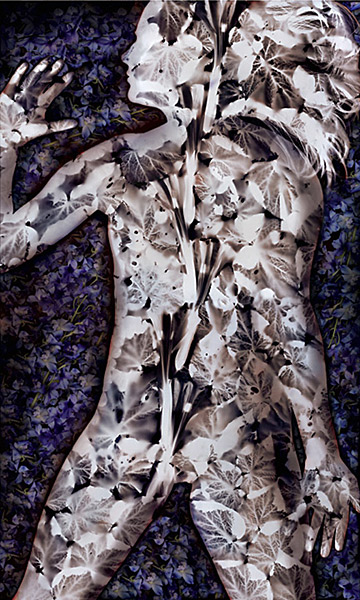 The work of Floris Neusüss is similar in that he too works with shadowgrams and light sensitive paper, and often uses the human form. 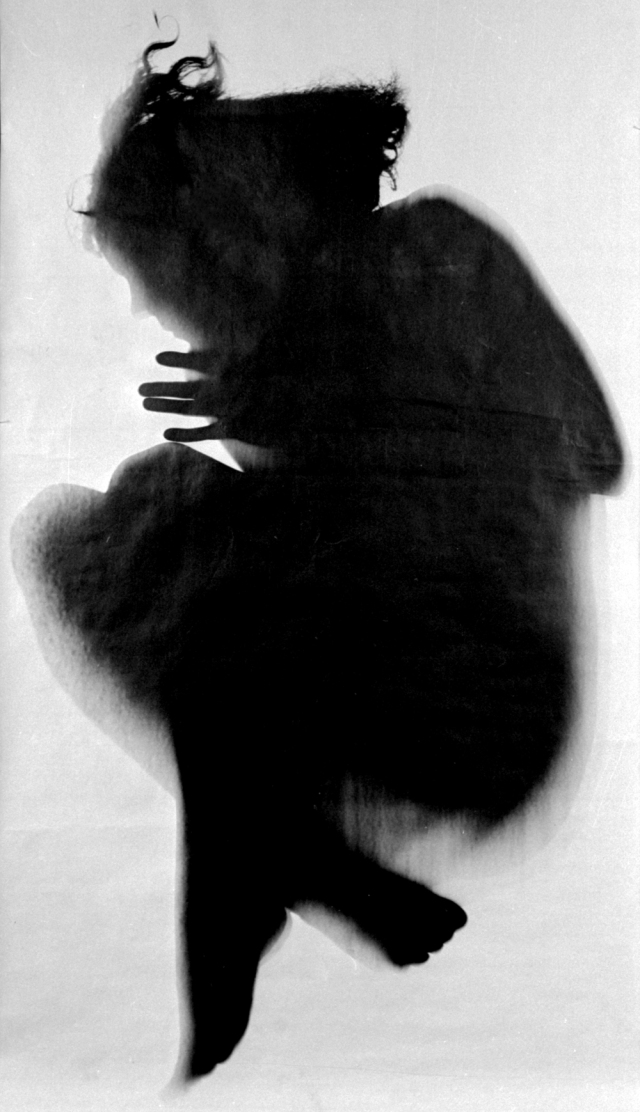 The silhouette is not a tightly focused crisp image, but is rendered softer and more human by the blurring at the edges. We are given the suggestion of presence: this image is a map of the time when the light sifted around the flesh and reacted with the chemicals in the paper. The time taken to make this image is undoubtedly more than for a usual exposure but it suggests that time is fleeting; that it slips away. The physicality of this process is appealing and numenous. The softness offers a fragility; the silhouette gives a sense of seeing something intimate or private, as though through a sheer curtain: we are there, but not quite there with the subject of the image. Barnes writes of his work: ‘it explores the forms of the body and external objects in a poetic dialogue between presence and absence’ (2010: 26). These are works which seem even more personal and intimate and, dare I say it, spiritual, than more usual forms of photography.

There are other contemporary artists and photographers working in this camera free method – Susan Derges, Garry Fabian Miller, Adam Fuss to name the ones features in Barnes’s book – but it is these two, Madigan and Neusüss that inspire to me play with similar forms. Their work is ethereal and breathtakingly beautiful.