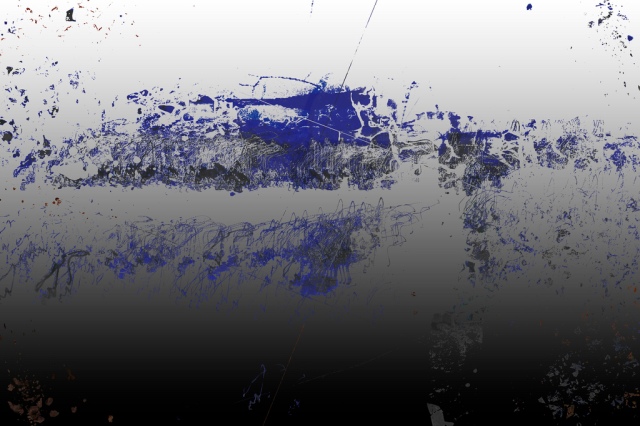 Walk on the Wild Side H. Newall

Still from performance projection for The Ghost of Someone Not Yet Drowned (2011) The Victoria Baths, Manchester

I have just started an MA in Illustration at The University of Hertfordshire. ‘Madness!’ you might say, if you know my life’s chaotic schedule of unremitting deadlines. I’m so busy most of the time that the thought of engaging with another major time-dependent project sends half of me – the sensible half – into a tailspin. The other half – the dreamer – is flying way above the clouds, doing what I think I’ve put off for far too long, which is admitting to myself that making images makes me happy. So, I have on my hands a battle of two halves, and all the while, a fragment of a half forgotten poem floats through my head… “A lonely impulse of delight / Drove to this tumult in the clouds”: it repeats and repeats and repeats…

These lines are from William Butler Yeats’s lyrical 1918 poem, An Irish Airman Foresees His Death, and while the poem deals, with beautiful drifting ambivalence, with the hostilities of the First World War, set against the unalloyed joy and freedom in what was at the time the novel experience of flying aircraft, the lines for me bring to mind the joy, and tumult, of the creative impulse. (Perhaps, bearing in mind my crazy deadlines, the first lines of this same poem are also germane: “I know that I shall meet my fate / Somewhere among the clouds above…”) And so, lest I forget, I must remind myself: I have embarked upon an MA. In Illustration. And for the first assignment, I must pick a keyword. So now delight and terror are swooping in a great big dogfight up in the clouds. I am flying, and so far, terror is winning!

I picked the keyword Photo-Graph because I’m often messing about with cameras, so it is, as a concept, something familiar – the terror insisted it must be familiar – but it is also a concept I’ve almost taken for granted up until now, because, up until now I’ve not given myself permission nor time to make more than a cursory exploration: yes, I’ve presented papers at conferences on the photographic documentation of performance; I’ve even just had my first exhibition of photographs at The Arts Centre, Edge Hill University, but I’ve never before examined deeply the concept of photograph as object. This is not a new idea: this is about the transparency that Sontag (amongst others) expounds in Against Interpretation (1966) and On Photography (1971). Photography, she claims, is a transparent medium because more often than not we look through it to see the content, or subject without recognising what she calls, ‘the thing in itself’, and what we might call the medium or surface that contains the subject (or, for the critics and commentators, the message). So, I want to look at this surface; to examine it (and scratch it) as another form of mark making, and so I have made the first sortie by cutting the word in two – hence the hyphenation – to break what is familiar into its constituent Greek halves: phos light and graphê write or draw, and thereby, de-familiarise it. This blog records my conceptual explorations: these entries are the first skirmishes of a tumult in the clouds. This is a tumult driven by that lonely impulse of delight. This is what I have always wanted to do.